The intake air temperature sensor also known as an IAT sensor or air intake sensor is an electronic sensor that is responsible for measuring the temperature of the air that enters the engine. This information is then sent to the engine control unit, which uses it to adjust the amount of fuel that is injected into the engine. This helps to ensure that the engine runs at its optimal temperature, which in turn improves fuel efficiency and performance.

The sensor is a resistance-based sensor that uses a thermistor, which changes its reading according to the temperature around it. It is usually made of metal, and it is important that it not be exposed to direct sunlight or hot engine coolant. If the sensor gets too hot, it can give false readings.

In this powerful article, you are going to learn three different locations of intake air temperature sensors.

One of the most important sensors in a car is the Intake Air Temperature sensor. This sensor is responsible for measuring the temperature of the air going into the engine. An intake air temperature sensor can be installed separately or integrated into other sensors.

In the past, mostly the IAT sensor used to come separately in the intake air duct, but these days, the IAT sensor mostly comes integrated into other sensors such as MAF and MAP sensors. Below are the three different locations of the IAT sensor.

A stand-alone Intake Air Temperature sensor of the car is a separate two-wire sensor, installed pre-throttle in the air duct between the air filter box and throttle body. Sometimes, It is located in the air cleaner housing or screwed into the intake manifold.

An intake air temperature sensor can be built into Mass Air Flow (MAF) Sensor. In car engines that have Mass Airflow Sensors, it calculates the amount of air entering the engine. The placement of the MAF sensor can be under the intake plenum placed between the air filter and intake manifold of the engine.

If you want to know further about the MAF sensor and its diagram, I have comprehensively explained it in the below articles.

The Manifold Absolute Pressure (MAP) sensor of the car also has an IAT sensor, integrated into it and could be found between the passages of air intake below the hood. The MAP sensor reads the amount of pressure of the engine’s intake manifold. It is either located on the body of the intake manifold or the throttle.

This is an Info
Some engines also consist of multiple Intake Air Temperature Sensors such as the V6 or V8 engines have two IAT sensors on each of the split intake manifolds. 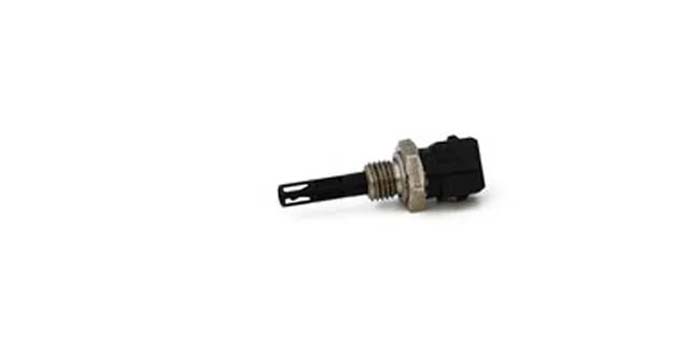